Escape rooms, sometimes called breakout rooms or escape chambers, can be a fun and engaging way to have students interact with content while using critical thinking. An even better way to amp it up is to have students create their own. Using Google Forms makes it easier than you think.

I first learned about this on Sarah Young’s (GiftedGuide) site. The escape rooms are listed under ‘Critical & Creative Thinking’ in the ‘More’ dropdown menu. While you’re there, I encourage you to check out the rest of her site.  She has many terrific free resources!

In my 6th and 7th grade HiCap classes, I chose to introduce the Google Form type escape rooms in the following order. All of these are linked on the Gifted Guide page mentioned above. We have 45-54 minutes together in class each day, and while we worked on other lessons as well, here is how I broke down the escape room project.

Day 1 – Adventure Across America: Students opened up the form while I displayed it on the screen. I also had the original view open. I called it the “maker view” vs the “taker view” of somebody that receives the form for completion. You can simply toggle between these views using the Preview function (eyeball image) while in the “maker view”. In this way, we were able to see how the form was set up with sections that could either provide feedback for incorrect responses or advance participants when they responded correctly. This particular escape room was good to do together because there are actually some issues with it. Some of the links didn’t work as originally planned, and some of the answers were too specific. This naturally led to our creation of a T-chart of Dos and Don’ts to keep in mind when eventually creating our own. Students added to this T-chart throughout the week, taking notes on parts of each escape room that were particularly interesting or frustrating.

Day 2 – Hogwarts: This was a good one for day 2 since all students were able to be successful with it. There wasn’t an opportunity to see the “maker view”, but that didn’t matter as much this time since it worked as planned. Students did continue to add to their Dos and Don’t lists.

Day 3 – Escape BOREDOM Room: Much like day 1, students opened this in the “taker view” and I had the “maker view” available for any obstacles or questions. They worked through it in pairs or small groups. They continued to add to their T-charts and take notes about their favorite twists and turns.

Day 4 – Case of the Museum Mischief: Same process as day 3.

Days 6-8 – Make Your Own: Also linked on the Gifted Guide site is from a post on Big Ideas for Little Scholars; Resources for Gifted & Advanced Learners. In this post they call them escape chambers and provide a nice template and planning guide for step-by-step instructions. Students were required to incorporate related images, at least three different types of locks (ie: ciphers, mazes, riddles) that required some content knowledge, as well as some critical thinking in order to be solved. They needed to have an overarching story that tied together each lock and the escape room as a whole. For the content knowledge piece, students used a current topic or concept they were studying in one of their content area classes. Once completed, that particular content area teacher is added as a collaborator (an option under the 3 dot menu in Google Forms) so they can then choose to use the escape room with other students.

We did this project over the course of the two weeks leading up to our winter break. Students really enjoyed it, and loved sharing them with each other to see who could escape!

Sandi Wollum, Head of School, Seabury School   It often seems that our kids’ favorite questions are “Why?” and “What if?” Most of the time,…

Written by: Sandi Wollum, Head of School, Seabury School It often seems that our kids’ favorite questions are “Why?” and “What if?” Most of the…

A recent study critical of gifted education from Vanderbilt University has the potential to greatly impact students across our nation.
Please read our full position statement below and share in support.

Author: Todd Stanly, The Gifted Guy As anyone who has spent any time in education working with kids knows, there is no one strategy, one… 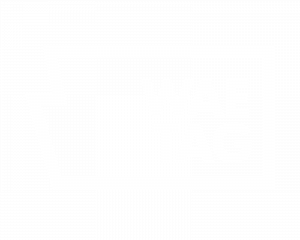 Our Mission:
To empower educators and communities to support the educational and social-emotional development of talented and gifted students.

Please confirm you want to block this member.

You will no longer be able to:

Please note: This action will also remove this member from your connections and send a report to the site admin. Please allow a few minutes for this process to complete.

You have already reported this .
Clear Clear All